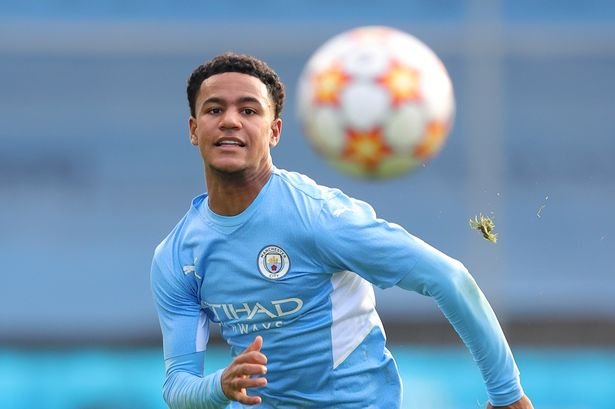 He glides through tight spaces like he is skating in an open arena.

Cole Palmer and James Mcatee have been the most talked about academy stars this season. Their performances have been way above the academy standards and you can say that they have now over grown youth football and are ready for consistent first team action. In the midst of all this, there has been an other player who is almost recording the same numbers as Mcatee and Palmer. Oscar Bobb is quietly turning this season into a foundation for his breakout into the first team.

Oscar Bobb’s 16 goal involvements this season are bettered only by James Mcatee. The fact that only Palmer and Mcatee have scored more than Oscar Bobb tell us that he is almost ready to break into the first team. Also, City’s EDS is currently at the top of the league and with Palmer and Mcatee mostly being called up to the first team, it is Bobb who has taken on the responsibility and led the way this season. Oscar Bobb has the highest assists in Premeir League -2 this season and he has played more minutes than any other player across the league.

He is a very strong carrier of the ball and even when he is in one on one situations, he has a clarity of thought beyond his years. Most of the time he makes the right decisions regarding passing and driblling past his man. His vision to pick out a pass is at a top level. The slide rule passes he plays to break the lines remind me of De Bruyne. I hope that he gets promoted to the first team next season and gets further finely polished under the guidance of Pep.