It’s not stepping stones Ferran, you have fallen into the river! 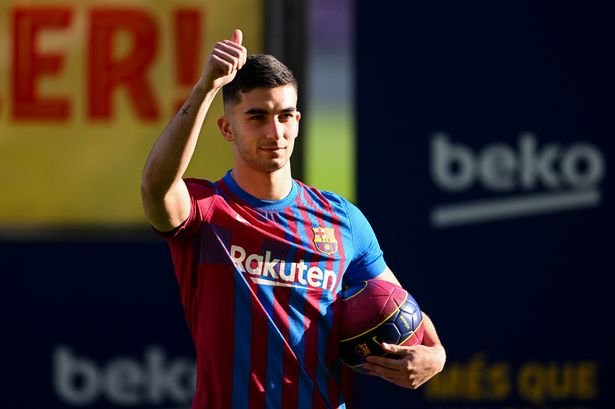 People often have a wrong illusion that a super club once, always remains a super club. You don’t have to look farther than AC Milan to understand how false this notion can be. Dynasties burn down to ashes in the wink of an eye and they sometimes can be irreparable. Ferran Torres needs to have a hard think on labelling City as a stepping stone. I feel that he has been struck in the past and has not moved on from those Barca teams of the last 2 decades. What is more amazing is that all the architects of Barca’s last great era from 2009-12 are right now at City. It looks as if Ferran has fallen into a grave yard of financial mess from a supersonic jet.

When Ferran had initially signed from Valencia, i genuinely thought that he had the potential to be the next Christiano Ronaldo. Also, it was not as if he was being consistently left out of the playing eleven. In fact, before he got injured, most of us felt that he could be the answer to our striker situation. The guy had great finishing abilities, was very good in the air and his work rate was exceptional.

We would never exactly know the reasons that led him to leave City, but a fair guess would be the pull of Barca which generally happens with players. I do not agree with people telling that a lack of playing time was a pivotal factor in his departure. I think it was the least important factor that contributed to his departure. His instinctive finishing and the great positions he takes up inside the box meant that he would pretty much get minutes, even if it was off the bench. Anyways, he went from a club very much primed to win the league and playing some of the best football in Europe to a team that is 5th in La Liga and is not even in the Champions league. Maybe, Ferran thinks that Xavi could be the new Pep Guardiola and he dosen’t want to miss out on an other era like the 2009-12 one.

The next step for city in their quest to dominate the world, will be to get that pull and power of attracting players without even the wink of an eye. I feel that we are very close to becoming that and even greater than that