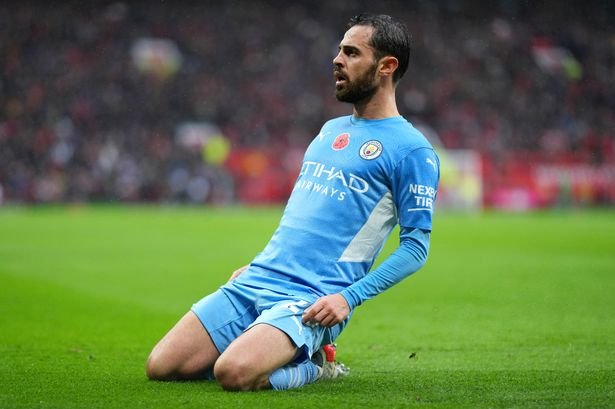 Bernardo Silva has been the most puzzling player for me this season. His start to the season has been nothing short of sensational. His stats were comparable to Salah at one point. Thats how good he was in the first couple of months. There has been no slump in form from Berrnardo at all. He has almost started every game for City until this point. So, what was the major reason for the drop off in his goal scoring stats in the last couple of months?

Due to the injury situation with De Bruyne, Gundogan and Bernardo played as the midfield duo in the early parts of the season. I personally thought they were the best duo in terms of complementing each other and providing great balance to the midfield. Gundogan was primarily playing as a box to box midfileder and Bernardo was given more license to venture upfront. Bernardo was literally given a free role and was popping up everywhere. City’s victory over Chelsea at Stamford Bridge was a primary example of how good and free spirited Bernardo was at the start of the season.

The free role can be given to only one player in the team, otherwise the harmony of the team can be unbalanced. As De Bruyne returned, it was quite obvious that he had to be given that free role and Bernardo was now placed with more defensive responsibility. Due to the higly advanced role and the risky passes that De Bruyne plays, there are occasions when Bernardo has to literally play that Box to Box role.

This is in no way undermining what De Bruyne has done for us this season. De Bruyne has been sensational as well and he has won us many important matches single handedly. That goal against Chelsea was an example of how devestating De Bruyne can be. Also, the defensive work rate provided by De Bruyne is also excellent. No other star player works his socks off as much as De Bruyne. My only concern is that Pep needs to find a role for Bernardo such that Both he and De Bruyne can operate at their very best without limiting each other.

Imagine if we could get the best out of De Bruyne and Bernardo in the same system. That would make us literally unplayable. This is what Pep needs to be looking at in order to take this City team to the next level.